There was a challenge on a writing forum to produce a 50-word story that had to end with the phrase ‘With that – she shot him!’
I don’t advocate the use of handguns nor exclamation marks but here is my effort. 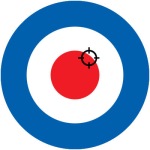 ‘The .44 Magnum, one of the most powerful handguns, delivers a large, heavy bullet at high velocity at the expense of recoil, so much so that it is considered unsuitable for shooters of smaller, feminine, weaker build.’ He said, handing her the big gun.
With that – she shot him!

Mike Olley writes short fiction. He has two collections of very short stories available, Better and Mind Clearance. His work has also been published online as well as in several anthologies. Originally from London, he spent a few years in Spain before a quirk of fate brought him back to live in an English seaside town. He now spends his time gathering storylines washed in by the sea. View more posts

5 thoughts on “Bang and the dirt is gone…”

Tell me something... Cancel reply